Patrolman William Sheehan was shot and killed by a man who had just murdered the owner of a Chinese restaurant as the victim was driving his vehicle. The suspect, who was a passenger in that vehicle, was a former New Hampshire state trooper who was fired for extorting the owners of Chinese restaurants.

Patrolman Sheehan and his partner were on patrol when they encountered the vehicle stopped in traffic. They stopped their patrol car in front of the vehicle and began walking back towards it, not knowing a murder had just occurred.

The suspect met the officers between the vehicle and the patrol car and immediately opened fire with a .357 caliber revolver, striking Patrolman Sheehan in the eye. He then attempted to shoot Patrolman Sheehan's partner, but missed. He fired a second shot, striking the partner in the abdomen. The suspect ran out of ammunition as he attempted to shoot the officer again.

The officer was able to grab Patrolman Sheehan's service weapon and shot the suspect in the legs several times as he fled.

The suspect was found guilty of two counts of murder and one count of attempted murder, and was sentenced to life in prison. The suspect escaped from a work release program in 1987, but was caught in Chicago and returned to prison.

Patrolman Sheehan had served with the Westwood Police Department for 30 years. 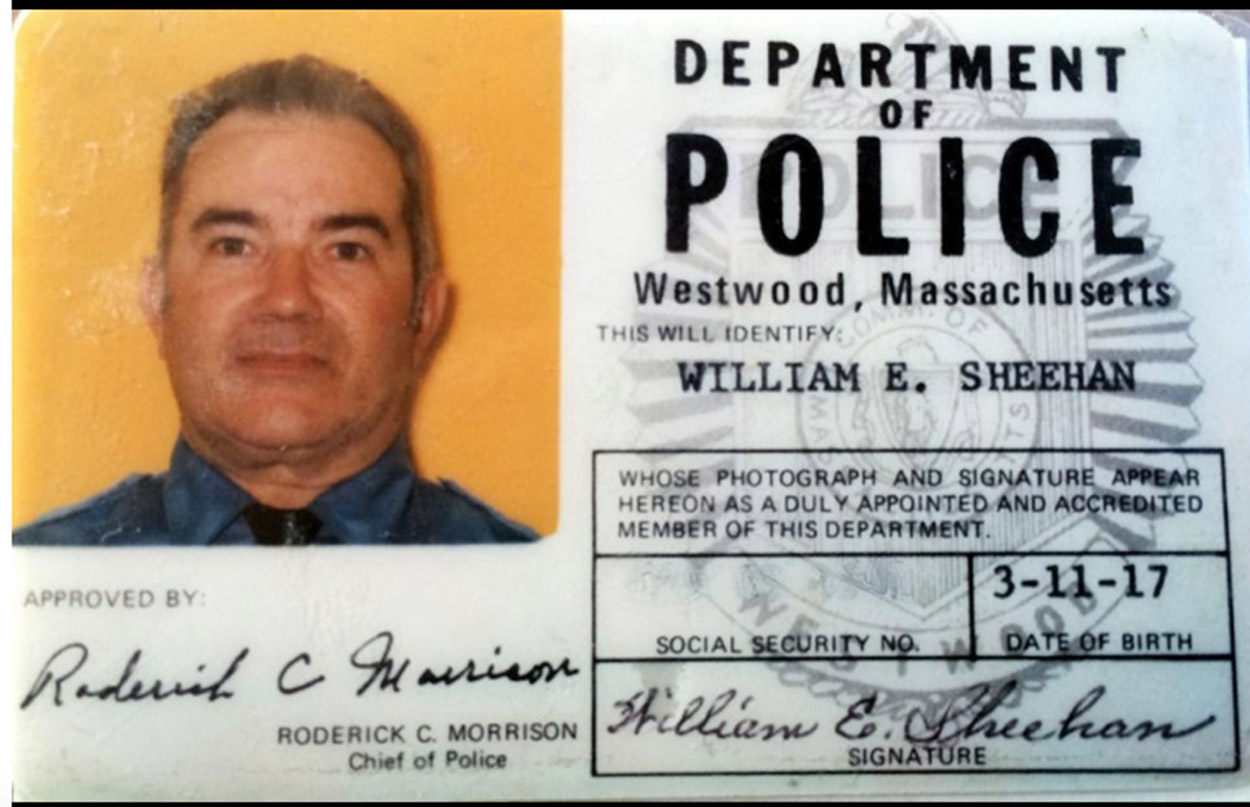